This page is a tribute to the young life of Megan Fertch so tragically cut short. Megan always managed to have a smile on her face, made an impact on so many people's lives, had so much love for everyone she met. R.I.P Gorgeous Girl xoxox

Meegs and I met at Business College, we both left highschool and decided we wanted to be business chicks so we could wear cool office clothes and have enough money to go out on the weekend and party. From day one we became joined at the hip. We seemed to alway stack it walking down St Georges Terrace in our heels and had to alway link our arms so we didnt trip. Meegs and I also were lucky enough to land our first job together after business college at the Chamber of Commerce. We both worked in the Admin section and would bicker about who would do the mail run, and it would always turn into a scissor paper rock decition. Meegs always won :) cheeky monkey! We decided once we were working class woman that we were 'Too Kewl for Skewl' and didnt join our friends at leavers, instead we jet setted up to Broome and had the most amazing weekend with Meeg's lovely parents soaking up the sun at cable beach and riding on camels. The last time i saw Meegs, i was living up in Parkerville and she rocked up unexpectedly one afternoon with a carton of cruisers and we spent the night dancing to S Club 7 and spice girls in my lounge room in our pjs. I will never forget her singing to me that night Missy Higgans and i never realised she had the most beautiful voice. I wish i had the chance to say a proper good bye, you changed my life in so many ways Meegs and i will never forget you and you will always be in my heart. Love u and miss your smile xo

HEy Megz, I never said goodbye to you when i left for the UK. I was meant to see you here. You were in portsmouth and im in southampton. I remember speaking to you just before you left for your contiki. We made a plan that when you came back you were going to stay with me and we'd have a nice wine with one of my home cooked meals. Both Ian and i were so excited for you to come visit. We were going to find a job together and go to octoberfest in october. I still remember our conversations and how i took your jumper with me to The UK coz i was meant to return it to you when you got here (hehe yeah i still have it). Well things didnt turn out that way i guess. And this is my goodbye. I miss you soooo much you always made me giggle. Everytime i wanted a break from work I would go to reception and have a good old chat with you. Oh i really am going to miss you, and sorry i didnt make it to your funeral, The UK is keeping me busy :-). Love you always and till we see each other again Goodbye xoxoxo Faiza Rest in Peace little one I chose the bike icon from Ian (hehe)

to megs friends and family, i was so saddened to hear about her tragic passing i was actually on contiki when i found out and it hit me very hard... she was the most beautiful girl and lots of fun.. i hvae many fond memories of hanging out with mel and megs at tiffs place when i should have been hanging out with tiff!!! haha!!! have been thinking of you and lit and candle for you megsy in a church in munich!! i have had a look at your facebook page and you sound and look like you were having a ball!! much love to you and go those lesmurdie warriors.. we were always so much better!!! thinking of all your family!! love em xoxoxox

Megan!!! You were always, always such a cutie pie at school! and people are right you always had that cheeky grin!! I like all your friends can not belive you have left us so soon! But I just know you are in such a happy place!!! I hadnt seen you since god knows when , but I know the funtimes we had to gether wont be forgotten! Oh im sooo sorry your phone and money got stolen at my party hahahaha remember that? we were just like meh what can we do.. lets have another drink! I hope the time you had on your holiday was amazing! Thinking of you , and always in my heart!!! Love forever xxxxxxx Best of thoughts and wishes and strength go out to the Fertch Family and to megs friends!! xxx 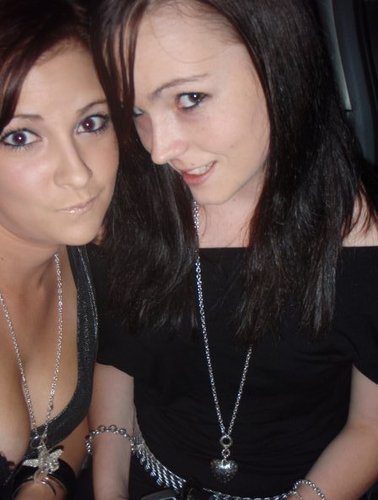 I cant believe your gone I don’t want too Even after the funeral I still cant get my head around ... why you? I keep expecting updates on your big holiday you were on.. You were the most outgoing, funny, amazing and caring person I ever met. always was guaranteed a good time with you babe no matter the situation. All our memories, good and bad were totally worth the time I spent with you. You will always be a part of me wherever I go and I know you will always be looking over me either making sure im safe or pissing your self laughing at something totally blonde ive said or done, which was generally the case when you were around haha. And im not scared for what the future holds because I know that you will be there waiting for me no matter what. I’ve been remembering all the memories we soooo totally created :) The endless Thursday nights at the foundry. We would always say, we'll just have a few and head home...never worked though because we would always without fail end up totally drunk! whooops! Busting out to ACDC, dancing to Get Low...that’s how we rolled on a Thurs night. Even though the boys at work would give us a hard time about going to the ‘Shit Foundry’ it didn’t stop us going :) Cruising around in my car singing and dancing, laughing at everyone laughing at us as they drove past, we didn’t care. Thought we were pretty awesome! Which we were right meeegs..? Haha Our D&M’s were the best. You always gave me the best advice. We became even closer after each one. Telling me all your stories and having a laugh in between. Talking about everything and anything. Though your not here in person anymore it wont stop me from still asking you for advice... Spa’s at Corey’s on cold nights. Seemed like a good idea until us wrinkly old grandmas got out and it was cold. The laughing, stories, jokes, drinking and Sean’s continuous talking kept us amused for hours on end. Oh and cant forget those wicked movies that were always on the tv.. Clubbing…with you was always a good time...dancing, drinking, singing, taxis, spending too much money && laughing. Some of the best nights out drinking were spent with you and the crew. Was always our mate Jack Daniels that kept us going all night so many drunken moments with you, yet barely any photos but they cant replace the images in my head.. Won’t forget those memories ever. Just remember I love you. Wish I had a chance to say goodbye properly. RIP babe Love Racheee xoxox

The last time I saw Megan was about 4 days before she left for her trip...she had emailed me in the aftenoon randomly to say hi, and we very quickly decided to catch up for dinner and drinks that night - she came to my place. We drank and talked and laughed and finally went to bed very tired and very drunk haha I'm so very thankful I got that time with her (sadly the last time I saw her before that was about a year previous) but god I wish I had more...we had plans to catch up as soon as she got back to Perth with a mutual friend, Chloe. We both miss you baby girl, you'll be with us always - we're getting something special in memory of you xxx

I spent time with Megan in the last days of her life in the hospital in Athens. It was my honour to meet such a close knit family.

i miss this the most. being drunk and acting retarded. i love you baby girl xoxo

Copyright © 2023 Respectance is an IIZT production. All rights reserved.